JAC's immediate past president, Gail Yamner, participated in a recent town hall in NJ speaking to Representative Frelinghuysen about his position on gun violence prevention. 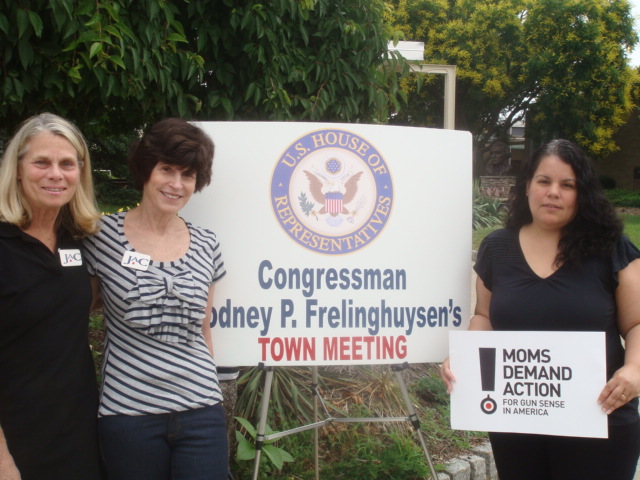 Town hall meetings are interesting, according to U.S. Rep. Rodney Frelinghuysen (R-11), "because you never know what you might find."
At the Wayne Municipal Building on Saturday, the congressman found topics such immigration reform and gun control at the center of discussion among residents from his district which encompasses sections of Essex, Morris, Passaic and Sussex counties.

Gun control was also part of the discussion:

"I do support and believe in the Second Amendment," Frelinghuysen said. "But I do think we need more background checks rather than less."
Gail Yamner, a member of the joint action committee for political affairs [sic], later pressed Frelinghuysen to see whether he'd support H.R. 1565, a bill which was developed in the wake of the shootings in Newtown, Conn. The bill seeks to include people who are prohibited from buying a firearm into the National Instant Criminal Background Check System and to enhance the current background check process to ensure that criminals and the mentally ill are not able to purchase firearms.
Frelinghuysen said he's "not ready to endorse" the legislation, but later said he'd "take a look at it" when it comes up for a vote.