Eighty percent of the guns used in mass shootings over the last 30 years were legally obtained. 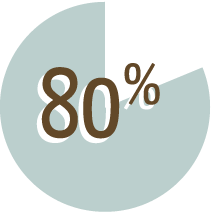 At what point do we say enough is enough?

When a gunman opens fire in a movie theatre?

How about at a shopping mall?

Or, at a political rally?

On a military base?

When a disgruntled employee takes revenge on co-workers?

When a gunman shoots up a church in session?

When college students are targeted?

When children are targeted?

When children are the shooters?

Gun Control Advocates don’t want to take guns away. We just want guns to be more difficult for felons, spouse abusers, and the mentally ill to obtain. And, we want those of you who have guns to responsibly store said guns — children and others should not have easy access to them. Too many children have killed others with their parent's guns. Too many mentally ill people have have easy access to guns, and used those guns to kill.

There is no plot to take your lawfully obtained and registered guns away. But, there is a plot to make our country safer from gun violence.