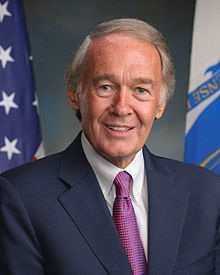 ""It is outrageous, offensive, and utterly inaccurate to compare Zionism with fascism or to call it 'a crime against humanity.' These remarks have no place at the United Nations or in any respectable venue and should be strongly repudiated. I condemn the Turkish Prime Minster's words and he should retract them." (1)

“I think the decision should be between the woman and her physician. That’s it. The woman makes the decision, not some law that’s imposed by politicians.” (3)

He is the second longest serving member of Congress from New England.

He played an Irish Brigade officer in a cameo role in the 2003 film Gods and Generals.