The landscape of abortion bans, in one must-see map

What a difference three years makes.

In 2010, Nebraska passed the country’s most restrictive abortion law that barred abortions after 20 weeks. By March 2013, 12 states have done so — or passed restrictions even earlier in the pregnancy, like North Dakota’s six-week ban.

These are the states you see in orange, in this graphic below, which uses data from the Guttmacher Institute to map all the laws that ban later-term abortion in the United States. The slightly lighter states represent those where a ban exists but is not in effect, due to a pending legal challenge. 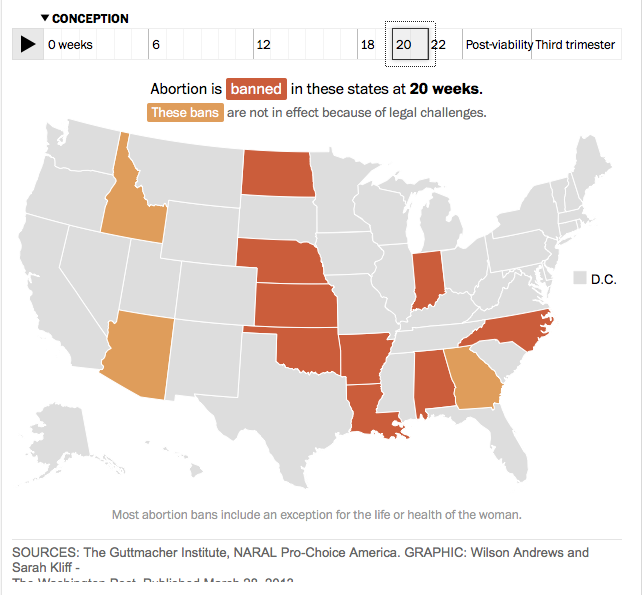 Read the whole article and explore the map at Washington Post.