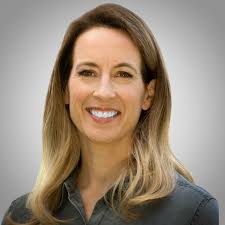 ""In Congress, I will be a forcefull voice against efforts to defund Planned Parenthood, restrict access to birth control, and limit a woman's access to safe family planning services.” 1

"In a time of such global uncertainty, the United States must stand firm with the states that are committed to the progressive ideals of democracy, the rule of law, and freedom of speech and religion." 2

Served almost 10 years on active duty in the U.S. Navy. Was a Sea King Helicopter pilot, flying missions throughout Europe and the Middle East.

As an attorney, she has worked in private practice and, later, joined the  U.S. Attorney's office in New Jersey.